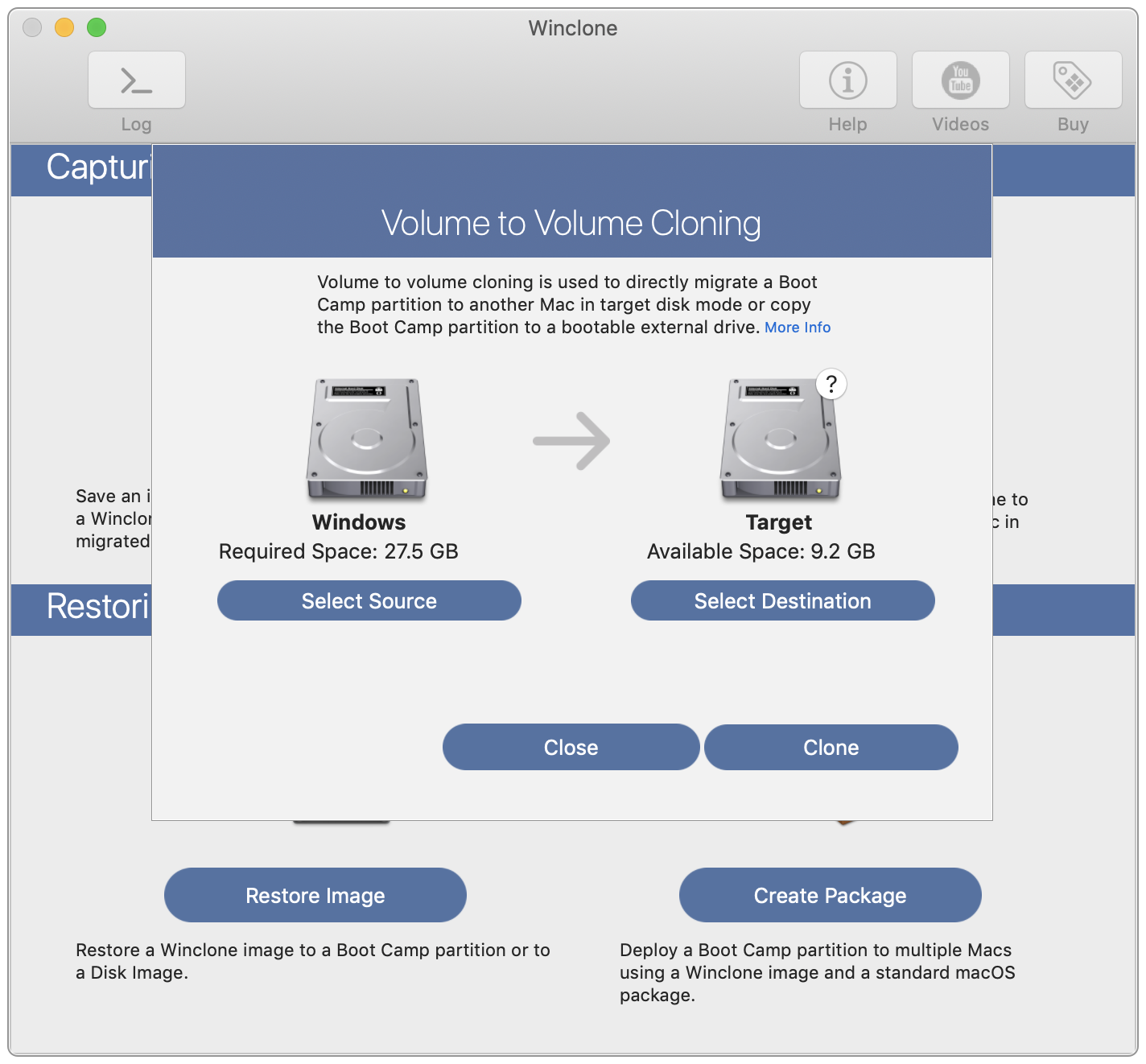 6. After the package is installed, Winclone will set the boot mode (EFI or Legacy) based on the version of Windows and the the Mac hardware. Select this option to force a specific boot mode when installing this package.
7. Set restored partition as startup disk will set the restored partition as the current startup disk. This will only work if SIP has been disabled for Startup Disk selection. 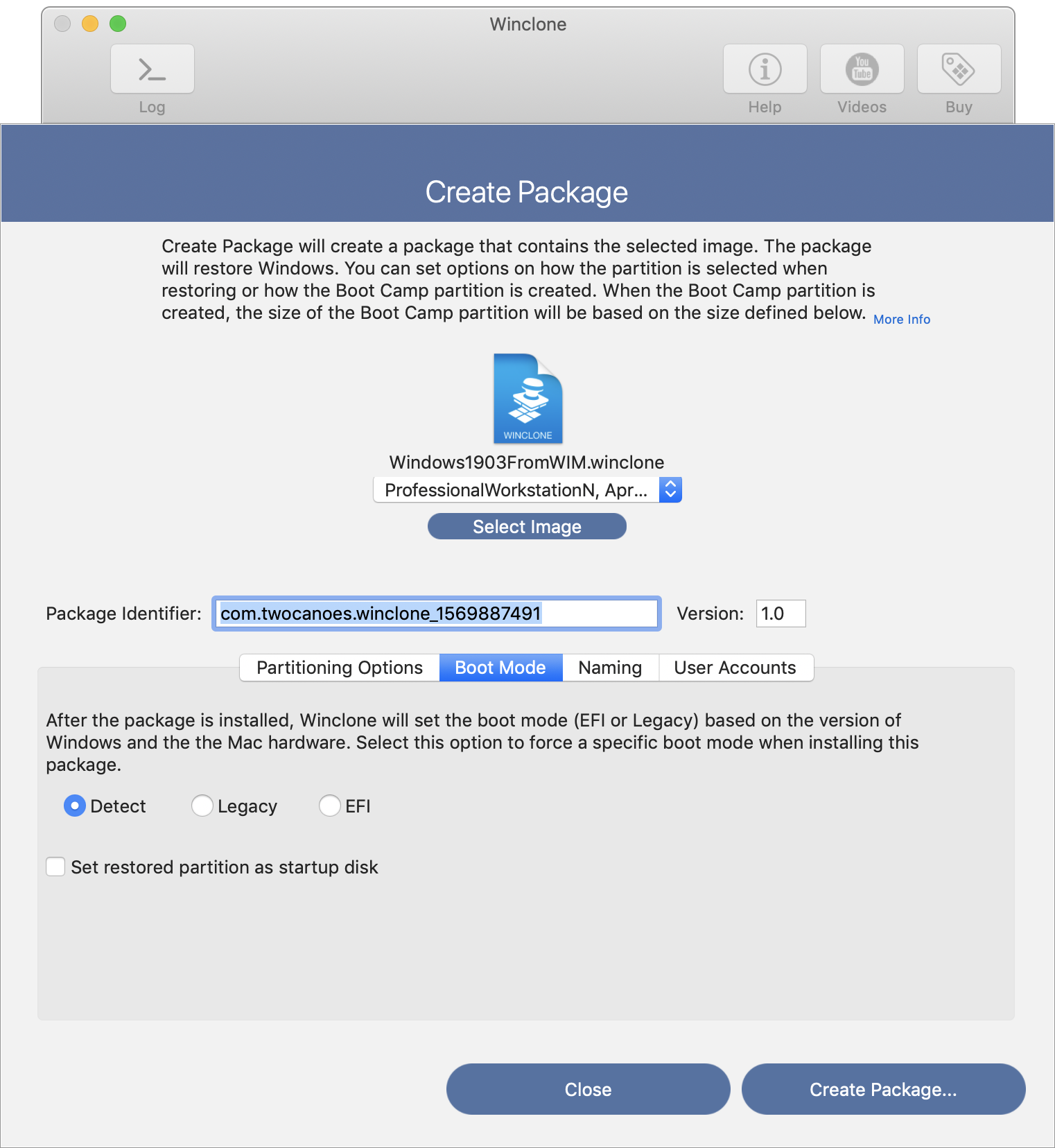 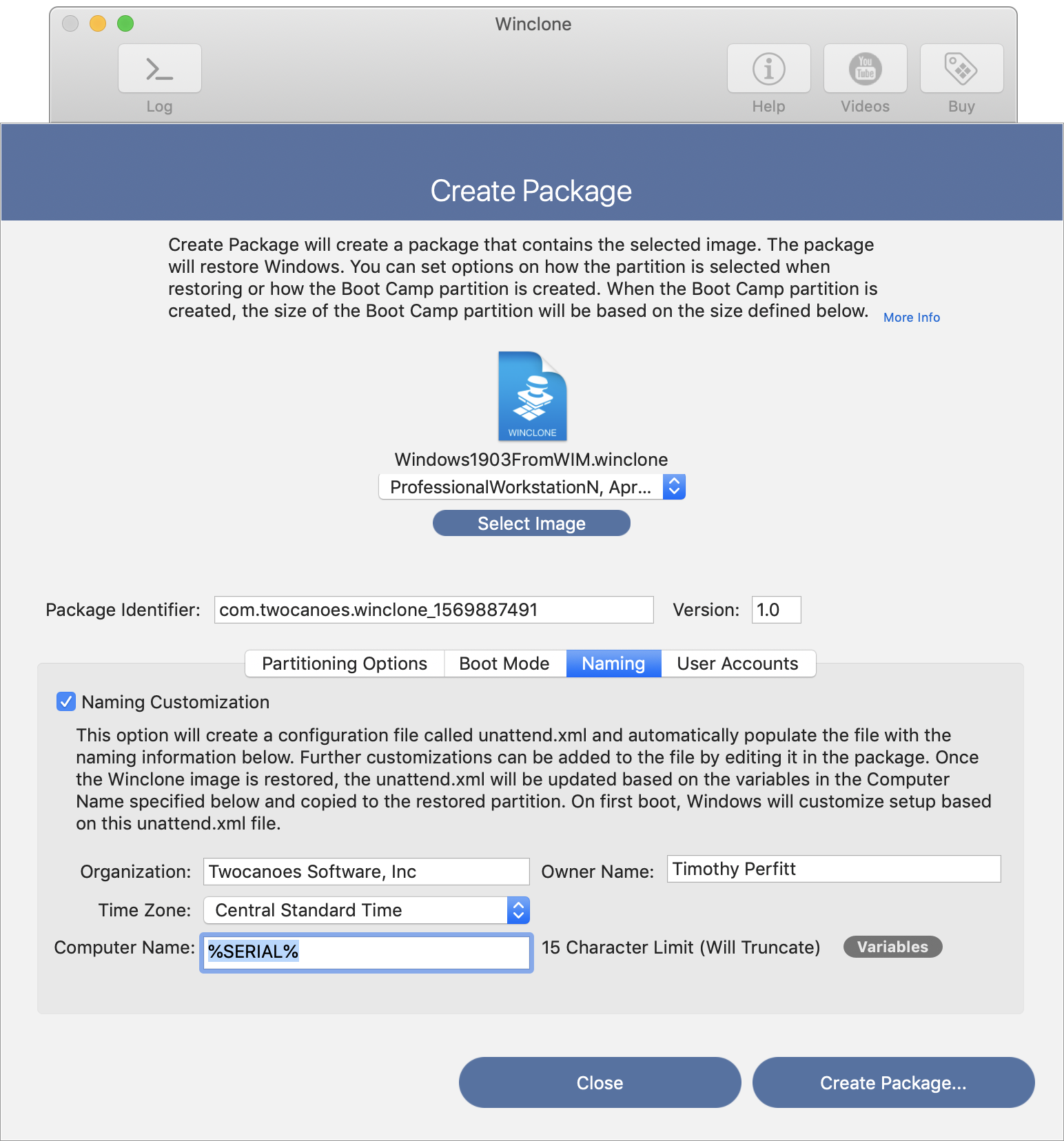 3. When the Create Package… button is pressed, a standard Save dialog will appear to give the package a name and save location. After saving, an option to show the Sysprep folder allows further customizations of the first login script and resources copied to Windows.
All Knowledge Base Articles