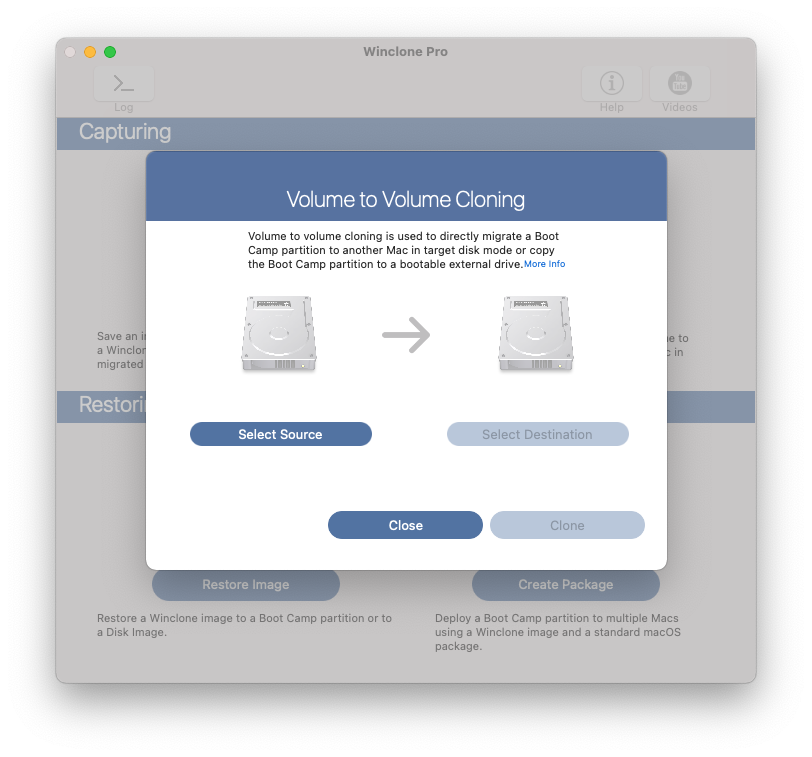 6. After the package is installed, Winclone will set the boot mode (EFI or Legacy) based on the version of Windows and the Mac hardware. Select this option to force a specific boot mode when installing this package.
7. “Set restored partition as startup disk” will set the restored partition as the current startup disk. This will only work if SIP has been disabled for Startup Disk selection. 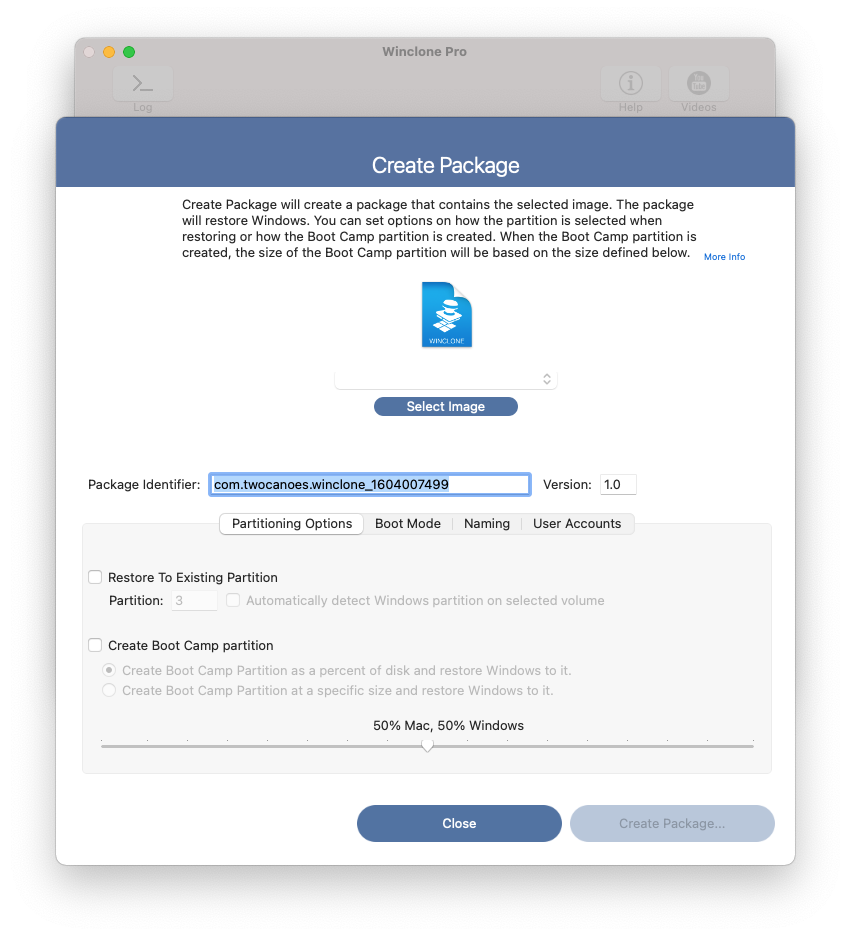 Initial Setup after First Boot will copy resources and run scripts for any post imaging tasks. In order to automatically configure, a local administrator user account must be created. During package installation, the postinstall script will copy the Winclone folder (and all the contents) from inside the package to the root of the imaged drive. A first run script will also be copied to the Winclone folder. The script is named script.bat.

The script will be run on automatic first login using the Admin user account configured above. The package will also contain a resource folder that will be copied to the Boot Camp partition after restore and can contain resources that can be referenced by the script.